"Dark, gritty and covered in fog... 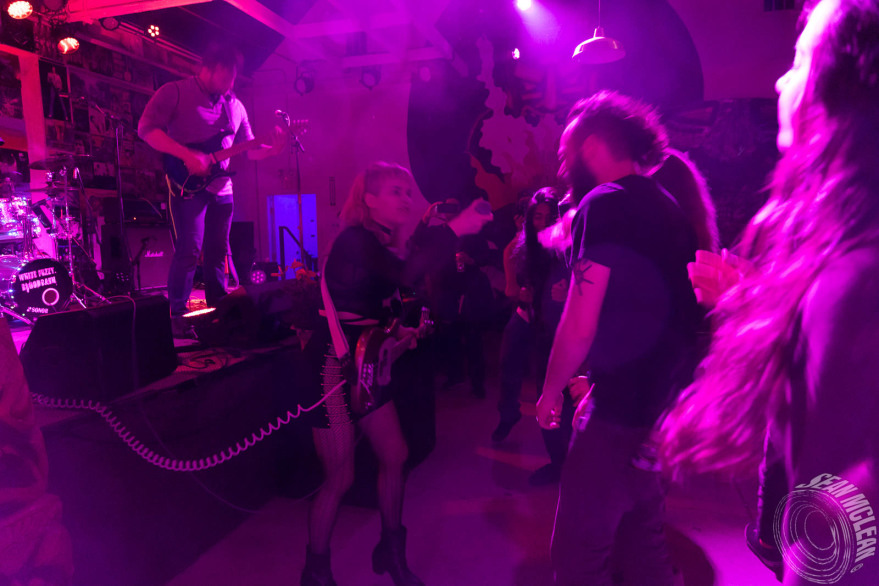 Outlaws of the Sun

Review of the track “Medicine”.

"Medicine is the new song from Heavy Hitting Stoner Rock Trio White Fuzzy Bloodbath and it’s the 2nd single to be released from their upcoming Live At Earth Tone Recording Company EP. The track is a mixture of all good things from the Stoner Rock and Hard Rock arenas. The song is quite dark with all the members of the band performing vocal duties with Elise being the lead vocalist on this song.

The song starts rather solitary with a cool guitar riff that lasts some time before building into a loud 90's Heavy Rock inspired Wall Of Noise. There are moments of Dark Psychedelic with even moments of almost Post-Doom surroundings. Medicine lasts for over 7 minutes and White Fuzzy Bloodbath live upto their name on this song. One moment it’s all upbeat and almost Indie Rock grooves before descending into the darker side of Stoner Rock/Metal.

There’s a lot going on with this track but the mood is always interesting and most importantly challenging with the different vocal melodies and dark lyrical content held in the song. Elise finds her INNER ROCK DEMON on this track especially when she goes full on BANSHEE mode.

All in all, this is a superb track indeed that offers a different take and style of Stoner Rock with White Fuzzy Bloodbath proving one moment they’re your best friend and the next they’re robbing you blindly on the street. This is a band with an appetite for destruction and I’m fully excited for hopefully their full length record in the near future."

Review of the track “Medicine”.

"White Fuzzy Bloodbath's heaviest track to date, "Medicine," video debuted at midnight on August 23, 2021. Don't be fooled by the enchanting melancholy of the intro, "Medicine" crushes. Elise Tarens is able to deliver melody and potent wails, capturing the darkness and drive of facing oneself during times of hardship.

The drums are solid with tasteful fills that accent the rhythmic guitar style as the song picks up. As the guitar gets heavier it is reminiscent of Adam Jones (Tool) both in tone and structure. Fans of heavy psych and progressive music will have a good listen."

on all streaming platforms.”

Another night of debauchery took place at Winters Tavern a few weeks back when the twisted sounds of White Fuzzy Bloodbath curled in the air and set the ambiance for a blurry evening of nostalgic filth. It also reminded me of why I missed being in a band. The trio consists of a heavy foundation of 70's influenced, thumpy bass riffs, screaming guitar sections and powerful, crashing drums which mixed exceptionally well with my heavy gut filled craft beers. I liked them quite a bit.

Being there, you felt the barrier between the past and present bend as the scene could have easily taken place thirty years prior. As I flopped around taking way too many pictures and drinking way too many beers I experienced a rush come over me as my heart synched up with the melodic thud. It felt familiar, it felt chaotic, it felt timeless. I was white and fuzzy and this would be my bloodbath.

I met the band briefly after their set and shot the shit for a while before gnoming around the premises like I owned the fucking place. I had another beer or two, lost my jacket and wandered off towards the ocean before finding my crumbling homestead and falling asleep. The night was solid and I felt great.

I went back and found my jacket the next day curled up on the stage somehow."

"Can you think of a cooler band name? I sure can't. You should hear the music. Sexy, Groovy, Dark, and Fun. White Fuzzy Bloodbath is gonna Git Chu. #takeabath " - John Brumley, Super Fan, Maker of Tacos.

White Fuzzy Bloodbath is a heavy trio with a current lineup of: 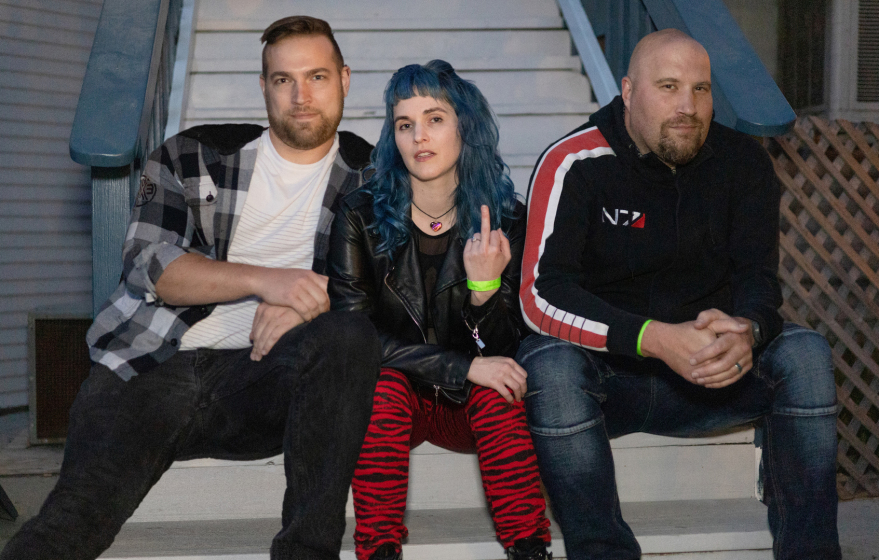 The Band's sound can be generally described as "Heavy Rock", while diving into genres such as Heavy Psych, Doom, Stoner Rock, Heavy Metal, and Black Metal. White Fuzzy Bloodbath's newest release * Medicine * can be heard on all platforms.

Past or other current members: 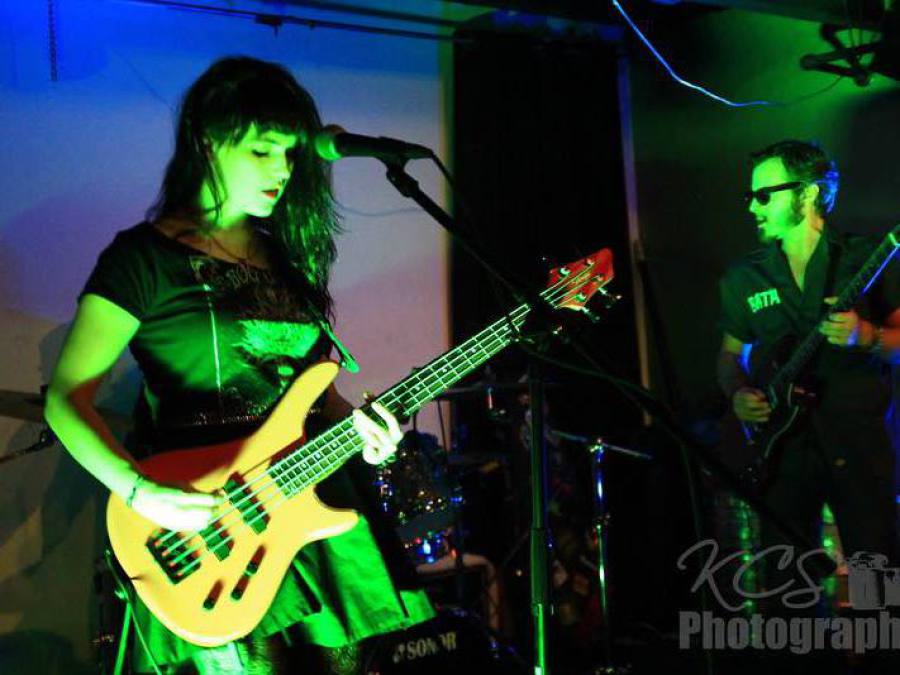 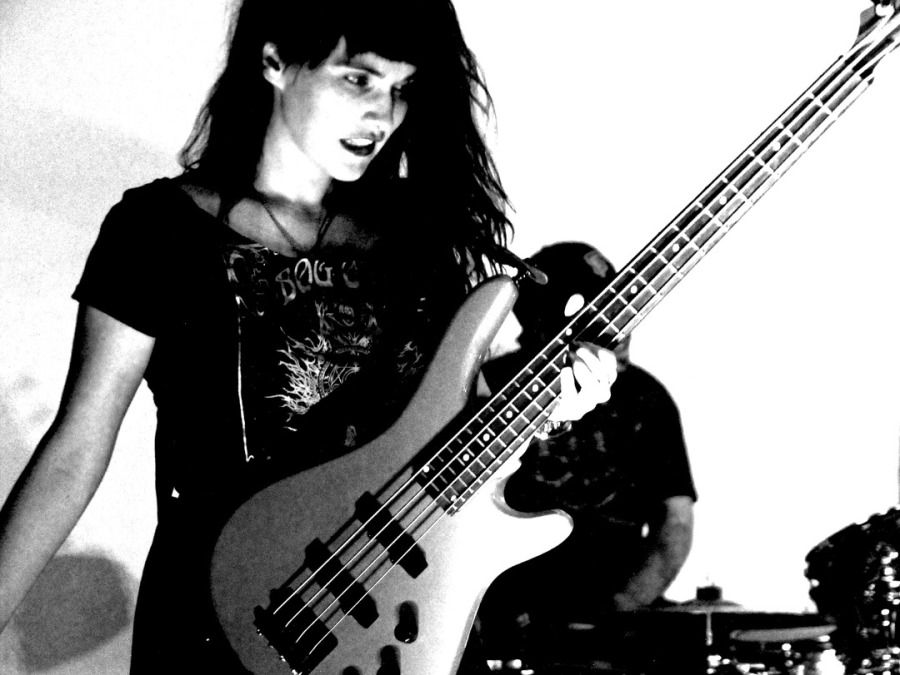 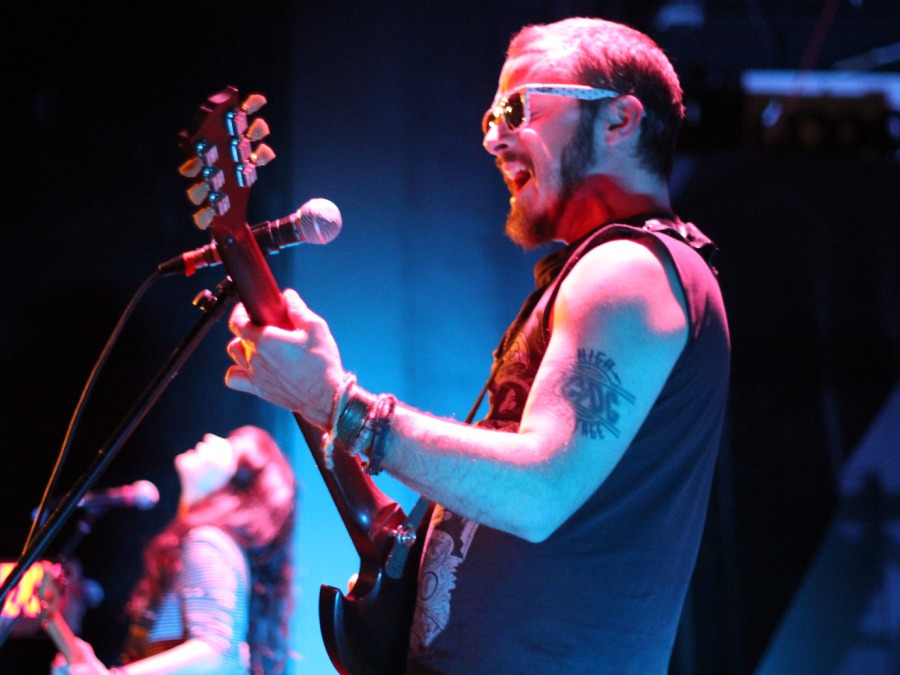 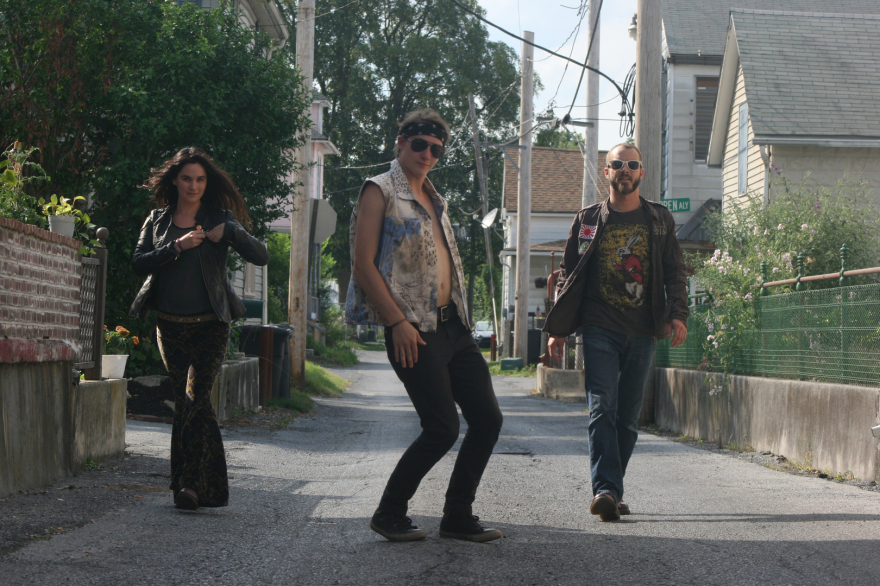